In this gritty, riveting new novel, Detroit reporter Julia Gooden tracks down a serial killer—only to realize she has become his obsession . . .

Crime writer Julia Gooden has just completed the most important story of her life—a book about her beloved brother’s childhood abduction and how she found his killer after thirty years. But that hasn’t taken her focus off her day job—especially with what looks to be a serial killer terrorizing the city. Female runners are being snatched off jogging trails, then slaughtered in abandoned churches.

As Julia begins investigating, with help from Detective Raymond Navarro, she realizes just how personal this case has become. The murders, planned and executed with uncanny precision, are of women who share traits with Julia. Now he’s contacting her directly, insisting things will get much worse unless Julia makes him famous through her writing.

But no matter how skillfully she plays along, her opponent’s ultimate goal is clear. And only by unravelling the threads that link a killer’s twisted mind to her own dark past can Julia prevent herself from becoming his final victim . . .

Author, Jane Haseldine, has added to her ‘Julia Gooden Mystery’ series with this book – “You Fit The Pattern”. I have not read the first three books in this series, ‘The Last Time She Saw Him’, ‘Duplicity’, and ‘Worth Killing For,’ so I didn’t really know what to expect here, however I needn’t have worried as I thought it was a fantastic read and I was so glad it had caught my attention!

I did not feel disadvantaged in any way not having read the other three books first as it was a perfectly fine read as a stand-alone story, though it would have been preferable to me if I had read them in their intended sequence.

“You Fit the Pattern” is a creepy, suspenseful and extremely chilling psychological thriller, set in Detroit.

For me, Julia Gooden as the protagonist worked well in this extremely well-paced thriller and the author Jane Haseldine has drawn a great character in this gutsy crime-writer. I really invested in this character and I wanted her to succeed. The other characters were also brilliantly drawn and were well portrayed as being very strong and real, if not without faults and added depth to the story. I particularly liked Detective Navarro.

Jane Haseldine’s writing style is really engaging and it was a good, fast-paced read with more than one false lead that threw me off the scent.

Full of so many twists and gripping tension, this was a thrilling and compulsive read from the offset and there was even an element of romance!

The conclusion was a very fulfilling ending to a wonderful book that regularly had me looking over my shoulder and was, all-in-all, a very worthwhile and well-balanced read.

Thanks to NetGalley, Kensington Books and the author, Jane Haseldine, for my free ARC of You Fit The Pattern. My honest review was completely voluntary. 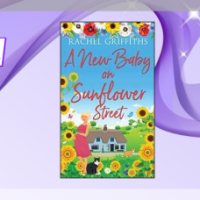 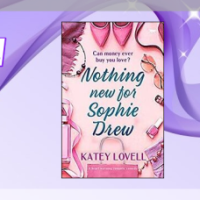